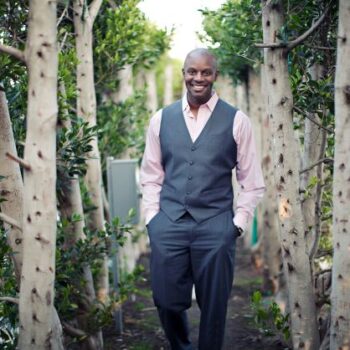 CEO and Founder of Go Together Global

Shola Richards is the CEO and Founder of Go Together Global™, the best-selling author of
Making Work Work, and Go Together, and he is a positivity writer with a passionate worldwide
following. His articles and wildly-popular “Go Together Movement” email series have been read
by readers in over 160 countries, and his work has been featured on the Today Show, CBS This
Morning, Forbes, Black Enterprise, Complete Wellbeing India, Business Insider Australia, and in
numerous other outlets all over the world who recognize him as an authority on workplace
happiness and engagement.
As a speaker, Shola has shared his transformative message with leading healthcare
organizations, top universities, Silicon Valley, the motion picture industry, on the TEDx stage,
and in his greatest honor to date, as a keynote speaker for the Department of Homeland
Security three days before the 15th Anniversary of 9/11, under the Obama Administration. Last,
but certainly not least, Shola is a father, husband, identical twin, and a selfprofessed “kindness
extremist” who will not rest until bullying and incivility is extinct from the American workplace.